How Does Dementia Affect the Brain? 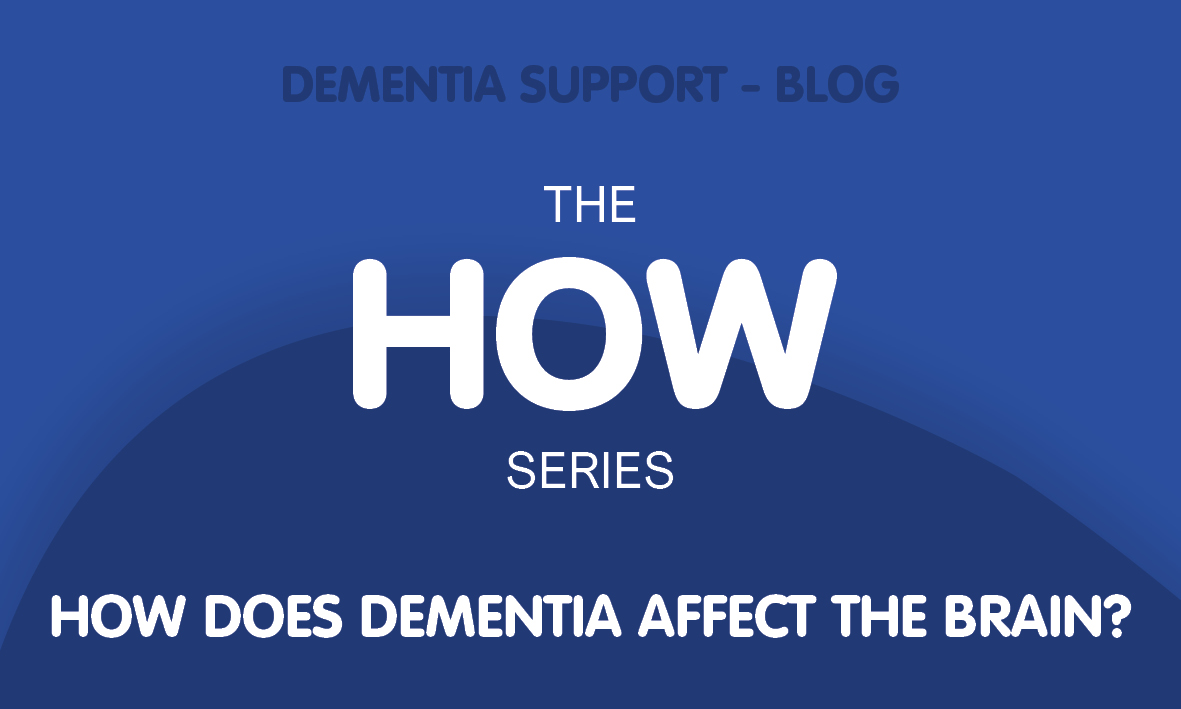 You’ve probably never given much thought to how your brain controls all your bodily functions, why would you? That is until you find one or two everyday things not going as smoothly as before, or you are having tests to see if you have dementia or another neurological condition. But the parts of day-to-day life that are becoming more of a struggle give an idea of the part or parts of the brain not working as they should, or in the case of dementia, the type you have.

This is because the brain is separated into different regions and each region has a different function. When cells are damaged in a particular part of the brain, the function it performs won’t be carried out in the same way as before. There are so many different types of dementia because dementia is an umbrella term for lots of progressive neurodegenerative disorders. These different dementias affect different parts of the brain, in different ways, causing the wide range of symptoms that are associated with the conditions that cause dementia, such as memory loss, communication problems, reduced ability to manage day to day activities, and hallucinations.

What is the main cause of dementia?

Your brain is made up of neurons that pass messages around the brain from the rest of the body. When you do something as simple as lifting your arm, it fires electrical signals between the neurons to tell the arm to move.

As we get older there can be a build-up of proteins, known as plaques, on these neurons in the brain, called tangles. This stops the neurons from being able to communicate properly because they are no longer touching, so the electrical messages are slowed down or stopped. It works a bit like the plaque you get on your teeth, which stops your tongue from being able to touch the surface of the teeth.

This protein build-up can happen to any older person but is more widespread in the brains of people with Alzheimer’s dementia.

In Vascular Dementia there can be issues with the blood supply to parts of the brain which stop those neurons from working.

How Does Dementia Progress?

Due to the nature of the illness being progressive there will be further decline over time. This will vary from person to person and support should be personalised for what issues present for that individual.

Each type of dementia affects a different part of the brain in the early stages but as it progresses, they tend to become more similar

Over time the proteins will continue to build up in the brain and will spread from the area they originated in to other regions. So as dementia progresses and the proteins increase, the less your brain will communicate with itself, and day to day life becomes more difficult.

This spread of proteins is how Alzheimer’s caused dementia progresses from short term memory loss to losing the ability to walk in the later stages, and why it is, sadly, a terminal condition.

What Parts of the Brain are affected?

For example, Alzheimer’s Disease causes a high number of proteins to develop in the hippocampus which is the region for learning and memory. This location for the build-up is why your memory getting worse is one of the first signs of Alzheimer’s.

In Dementia with Lewy Bodies, a different protein, called a Lewy Body, builds up in the brain’s grey matter, harming the neurons there. This is what is thought to cause the hallucinations and motor symptoms common with this kind of dementia, but it would have less impact on memory, to begin with.

No matter how the dementia affects the brain to start with, the proteins will spread as the dementia progresses, and your life will be affected. During this time, you may have questions and need support to help you live well. Our Wayfinders can offer free advice and guidance for your whole dementia journey, even from before you have a formal diagnosis. The Wayfinders can also sign post to other services we work with to provide holistic, person-centred support.

If you have concerns about your memory, you can contact our Wayfinders onThey can support you and your loved ones for your whole journey with dementia, from pre-diagnosis to end of life care.

It has been so helpful for me, Mum loves the music and sings a-long, I can put them on repeat and it gives me time to get some house work done. It makes Mum so happy.

The Sport talk session was such fun and I felt like I was down the pub chatting with my mates, not at home in lockdown.

We couldn’t live without Sage House to help and support us with their wonderful staff.

You do a great job and I can always know that my husbands needs are catered for and I can relax.

An absolutely amazing service, I don’t know how I managed before

Strangely I came back and suddenly felt quite calm and in control again! Long may it last. Thank you for your input and help – it does make a difference.

I feel so lucky that Daybreaks has managed to stay open during the lockdown, it has allowed me to continue to be able to get out walking.

Thank you so much for the support pack for dad. He’s really enjoyed it. His main hobby is colouring so he is enjoying the different prints.